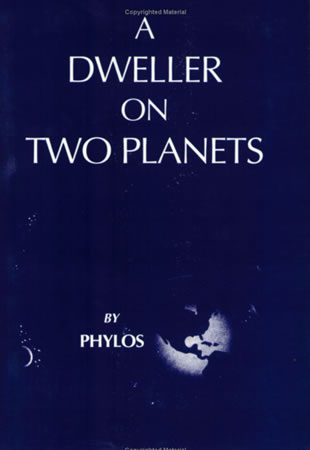 A Dweller on Two Planets

SPENSER OLIVER (1866-1899) at his Northern California home near Mount Shasta over a period of three years, beginning when he was seventeen. The true author, according to Oliver, was Phylos the Thibetan, a spirit and one-time inhabitant of the lost continent of Atlantis. Oliver claimed not to have written any of the text, asserting here that he was merely transmitting that which Phylos revealed to him. In fact, professed Oliver, the manuscript was dictated to him out of sequence (much of it backward) so that he could not interfere with the outcome. In this classic of new age and spiritual literature, Phylos describes in rich detail the culture, politics, architecture, and science of Atlantis, as well as its demise. He addresses karma and reincarnation, and predicts technological innovations in the 20th century that match and even exceed those of Atlantis. Supporters maintain that many of those predictions came true. Read for yourself and decide.