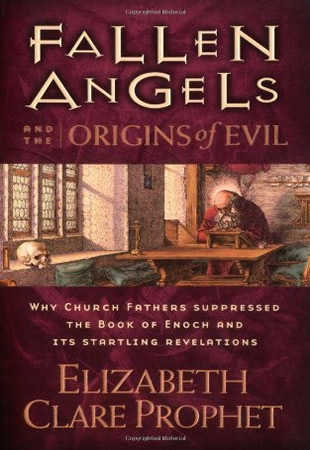 Fallen Angels and the Origins of Evil

Did rebel angels take on human bodies to fulfil their lust for the ‘daughters of men’? Did these fallen angels teach men to build weapons of war? That is the thesis of the Book of Enoch, a text cherished by the Essenes, early Jews and Christians but later condemned by both rabbis and Church Fathers.

The book was denounced, banned, cursed and ‘lost’ for over a thousand years — until in 1773, a Scottish explorer discovered three copies in Ethiopia. Elizabeth Clare Prophet examines the controversy surrounding this book and sheds new light on Enoch’s forbidden mysteries. She demonstrates that Jesus and the apostles studied the book and tells why Church Fathers suppressed its teaching that angels could incarnate in human bodies. Contains all the Enoch texts, including the Book of Enoch, and biblical parallels. This book takes you back to the primordial drama of Good and Evil, when the first hint of corruption entered a pristine world — Earth.