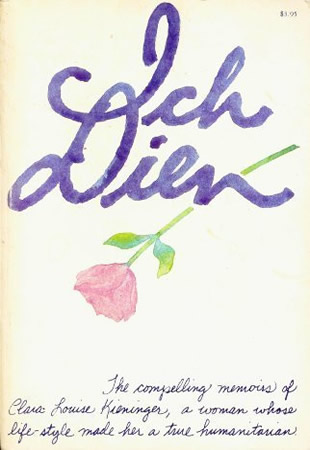 Ich Dien means I serve. It was the motto of the school of nursing attended by Clara Louise Kieninger. Wherever she served, Clara Louise left the mark of disciplined love even as she set the standard of perfection. Whether on the battlefield in World War I, in the founding of the first school of nursing in Brazil under the Rockefeller Foundation, or as director of nursing in schools and hospitals in the United States, she exemplified the true spirit of nursing-Ich Dien-in all that she did. Clara Louise was also a student of the ascended masters. But more than this, she was their friend. She knew them intimately. Through years of service in the field of nursing, Clara Louise served the body of God on earth, every part of that body, with the honor and the love which she would accord the Christ. As the years passed and Clara Louise was promised her ascension by Mother Mary, her friend the master El Morya requested that she write her memoirs so that sons and daughters of the Flame who would carry the torch of illumination of the Divine Mother could follow in her footsteps. To read the story of her life is to participate in a meditation of discipline, one-pointedness, and constancy on a path of service that was preordained. Her sense of honor, her duty to her God, to her country, and to her fellowman took precedence over all else. To follow the events of her life is to traverse with her the cycles of a service ever renewed as her soul, shuffling off this mortal coil, moved from the finite to the infinite expression of God’s consciousness.